Buffalo Butte Ranch offers prairie dog hunting in the surrounding area. All of our hunting is on private property and you will be the only shooters there.

A typical day includes a hearty breakfast at the Main Lodge, a chance to sight in your rifles at our gun range if needed, then off to the prairie dog towns in one of our suburban’s that will be loaded with your cooler with plenty of lunch and beverages, top of the line shooting benches, shooting bags and plenty of sun screen. You will follow our guide to your town where he will help you get all set up and show you the shooting options on that particular property. You will be left alone to enjoy your shoot and you can stay as long as you want, knowing that there will be a full course dinner for you upon your return to the lodge. Shooting depends on the weather and the shooter the amount of rounds is up to you, the prairie dogs and Mother Nature.

The prairie dog season is open year-round with an unlimited possession limit. Shooting hours are typically unrestricted; however we suggest starting the hunt mid-morning to early afternoon to ensure an exciting and lifetime experience.

We offer prairie dog hunting in the surrounding area. All of our hunting is on private property and you will be the only shooters there.

Any gun and calibers are accepted. From .22LR to .50 caliber, come put your skills to the test. Bring a mix of guns from bolt action, to auto's or your pistols. We made a deer antler with some of the different calibers from clients that have passed through the lodge. 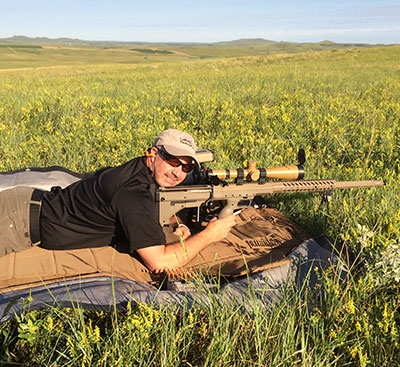 Former Lodge Long Shot Record 2016 - Set by the brothers, Steve and Chuck Scianna. Steve first broke it with a long shot of 1,061 yards using a HS-Precision 6.5 Creedmor and a Swarovski X5 rifle scope. Not to be outdone by his brother, Chuck improved upon the record by shooting 1,105 yards using the same equipment. They were assisted and spotted by Josh Cluff from HS-Precision and Eric Exline from Hendershots Sporting Goods. Impressive side note - each record was set on the second shot. 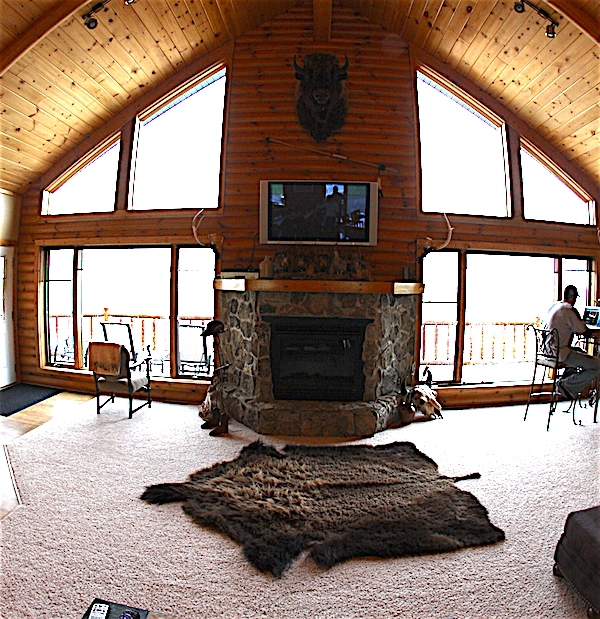 Your prairie dog shooting group will be lodged at the Buffalo Butte Main Lodge or Chalets depending on your preference or group. Meals are served in the main lodge.

Read More About Our Lodges

Sight in your rifles before your prairie dog hunt at our target and shooting range. We offer 100, 200, and 300 yard rifle range as well as a 1100 yard range. All targets are shot from a carpet covered concrete shooting bench which is solid enough to allow the shooter to concentrate on his aim and equipment.

Read More On Our Shooting Range 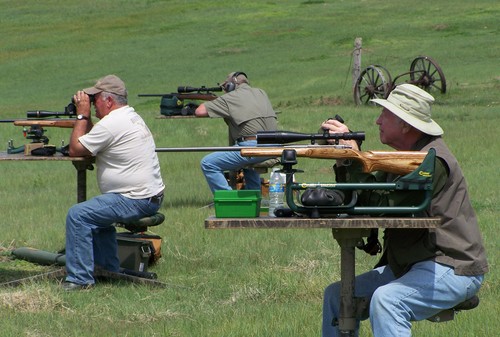 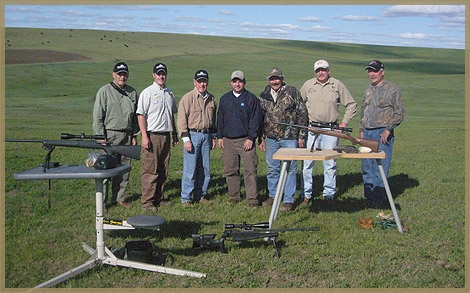 Prairie Dog Hunters must provide their own transportation to lodge, guns, ammunition, and license.