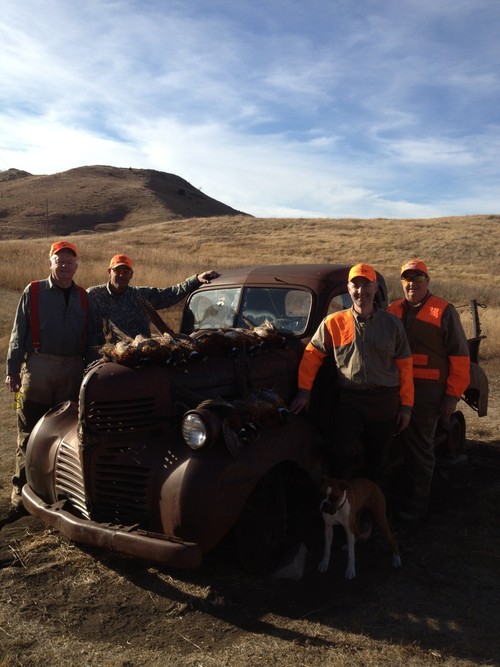 For the second year in a row we were host to a company hunt specializing in steel and steel coating. These self-proclaimed “steel pimps” made the journey with some colleagues and clients to relax and let loose a bit with some great hunting mixed in. Just like last year when they were out, they hit the jackpot with the weather. A few days before their arrival the weather was quite a bit colder but while they were here we enjoyed hunting in temps in the upper 40’s and low 50’s each day. Their hunt took place the few days leading up to Thanksgiving this year and our weather is typically cooler with more of a chance for some snow to be on the ground. This year, instead of heavy parkas, I was looking for shorts to wear after the hunt! Not much wind to speak of either while they were here. All-in-all the hunt went very well and these guys got to see plenty of birds and had tons of fun while out here hunting with us. 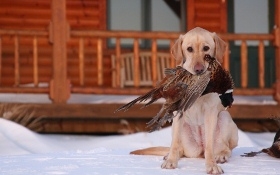 This group of guys had a hunt that went quite similar to most of our hunts out here. They came, we saw an incredible amount of birds, they each shot a lot of shells, and each day we came back with our limit just in time to relax on the deck with a cold beverage while we awaited the big meal for the evening.

But what I wanted to touch on in this blog was the comparison between this mid-season hunt and the early-season hunts that have taken place here already. I get asked quite often if the hunt is any good later on in the season or if the weather is going to affect the hunt in a negative way. These are good questions from folks looking to book a hunt, but I have noticed that there must be a big misconception about mid-to-late season hunting here in South Dakota.

The first issue I want to address is the bird numbers. One big concern of some is that later in the season all of the birds must be shot up and there couldn’t possibly be enough for a successful hunt later in the season. Well I’m here to tell you that, yes; there are still gobs and gobs of birds left here later in the season. One big thing that some hunters may not realize is that not every parcel of land our here in SD gets hunted. Most of the land is farm ground that gets farmed by South Dakotans who do not take in hunters. This means that during the opening weekend when much of the farm land still has crops on it and isn’t being hunted most of the birds on hunted land are seeking refuge in non-hunted areas. Now if we fast forward to later in the season when all of the farmers have done their job and finished combining their corn and soybeans and have tilled under the wheat stubble; what’s left? Hunting ground run by hunting lodges is what’s left. Suddenly our food plots and CRP strips become an oasis for all of the birds in any surrounding area. If done right, a hunting lodge will have double, if not triple, the amount of birds on their land later in the season than when they began hunting in October. Also, as the temperature drops, these influxes of birds tend to pile up in the heavier cover on our property which is when you start to see the sky turn dark with birds flying around. You will see a good amount of birds spread out everywhere early in the season, but later on you will see mass amounts of birds flooded into smaller areas on our property. Our job is to know how to hunt them in each timeframe of the season.

Another misconception that I come across regularly is that it gets too cold to hunt later in the season here in South Dakota. Well this may be true if you are from the tropics and you consider 50 degrees to be too cold to function outside. But for most everybody else that hunts, 50 degrees is a walk in the park. First thing about the weather here in SD is that anything can happen! I have hunted opening weekend in 90 degree heat and I have hunted opening weekend in a blizzard. There are no guarantees on weather here in SD. That being said, typically it doesn’t get “cold” until January or February here. It was 55 degrees on Thanksgiving a few days ago and the 10 Day Forecast is calling for 64 degrees on Dec. 2nd. This may be far from our normal around here but it just goes to show that you can never count on the weather here to be nice and to plan a hunt around it is almost impossible. To really drive this fact home let me remind you what the weather was like back on Oct. 25th.

And now what the weather was like for our boys who just got done hunting here in the late part of November. 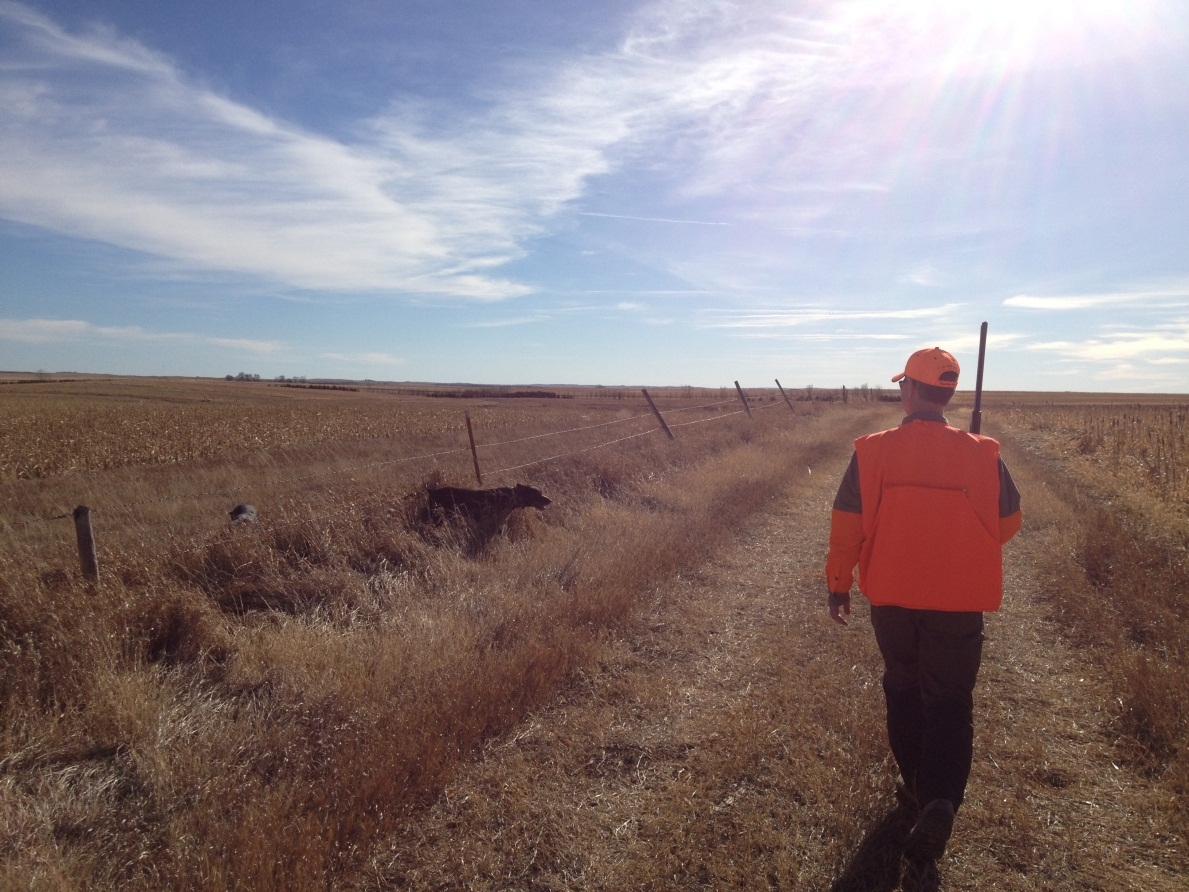 Another thing to consider while we are talking about weather is how well the dogs work in each type of weather condition. A hunting dog is, for the most part, useless without its sense of smell. Early on in the season when the weather is at its hottest, the dogs get overheated rather quickly and start breathing through their mouths and not their noses. This reduces their ability to track down a bird scent that is hiding in the field or their ability to find that wounded bird that landed in some thick cover. A dog works 10 times better in cooler weather than they do when it is 70 degrees out. The optimal temp for a bird dog to work is when the high is 40 degrees or cooler and there is frost on the ground in the morning. This is because the frost leaves a little dampness to the cover after it thaws off and the dog can track scent better with the cover is a bit moist. The scent will “stick” to damp/wet cover which makes it easier for the dog to work its magic out in the field.

I just wanted to highlight some of the differences between early season hunting and the mid-season hunt that Dan and his friends from Akzo Nobel Coatings, Inc. just experienced. What a true South Dakota hunt really comes down to is just having fun with the friends or family you come with. You can try to plan your hunt around the birds or the weather but the truth about South Dakota is and always will be that the birds will always be in abundance and the weather will always be incredibly unpredictable.