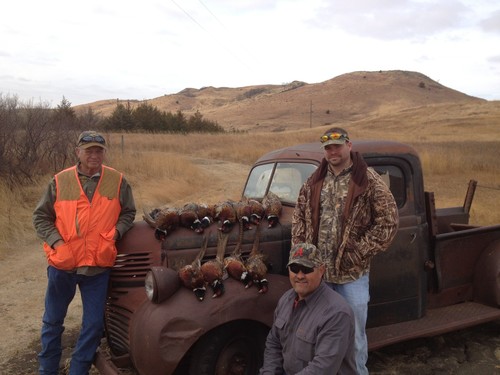 The second group of the season brought 3 guys from Louisiana up to our lodge for a wild pheasant hunt. A few days into the 2012 season and I am feeling more and more certain that there are going to be a surplus of birds here at Buffalo Butte Ranch for the duration of the season. These boys made quick work of the birds and didn’t take any prisoners. Very few birds that got up within shotgun range escaped the fury of BB’s from their 12 gauges. We walked a variety of cover while they were here. From CRP grass to corn and food plot and into some trees, the birds were spread out throughout the first 2 days of the hunt.

We also hunted the strips with and without the use of blockers. While hunting the corn this year the birds have more of a tendency to run down to the end so we had great success using blockers at the end of the corn rows. The birds seemed to hold tighter in the food plots and grasses that we walked so there was definitely a variety of hunting styles and bird flight patterns to keep these guys on their toes but that didn’t seem to faze these Louisiana boys. 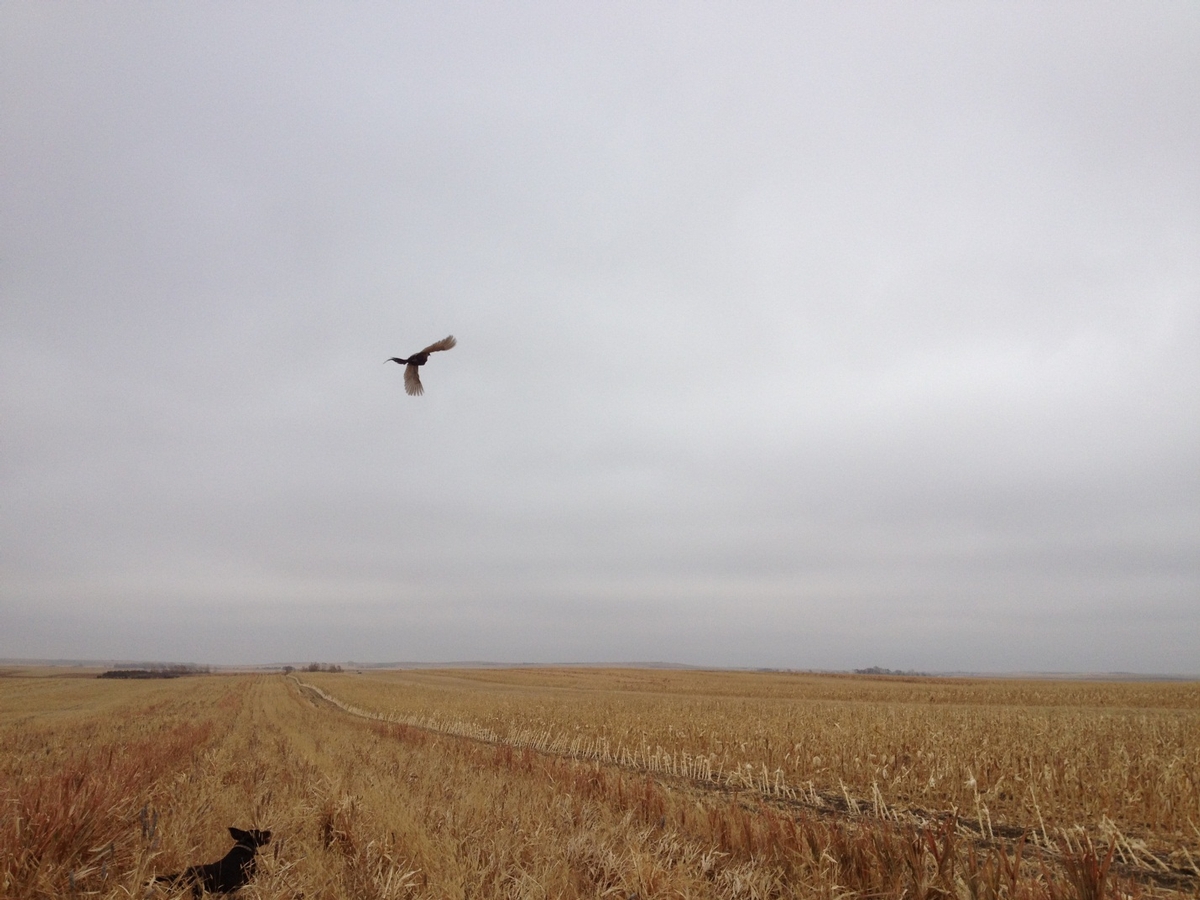 (Ruger chasing up a rooster. The bird didn’t make it much further!)

The temperature was a bit cooler than it was during the opening weekend which helped the dogs out by keeping running strong throughout the day. The first two days of their three day hunt brought temps in the mid 50’s with minimal wind.

However, the third day of the hunt the weather changed up just a bit. We received some much needed moisture in the area in the form of the first snow of the season. The temps were in the mid 30’s and the pheasants were bunched up in the thicker cover which made for some really fun hunting! Right when we arrived at the hunting grounds for the day we were greeted with a magnificent pheasant flush that got everybody ready to get out and bust up some cover and put the birds in the air. I always enjoy hunting after a fresh snow fall. There really is no better sight than a big colorful wild pheasant exploding out of the snow covered food plot right at your feet! The contrasting colors and excitement are something that cannot be replicated anywhere else other that here in South Dakota. 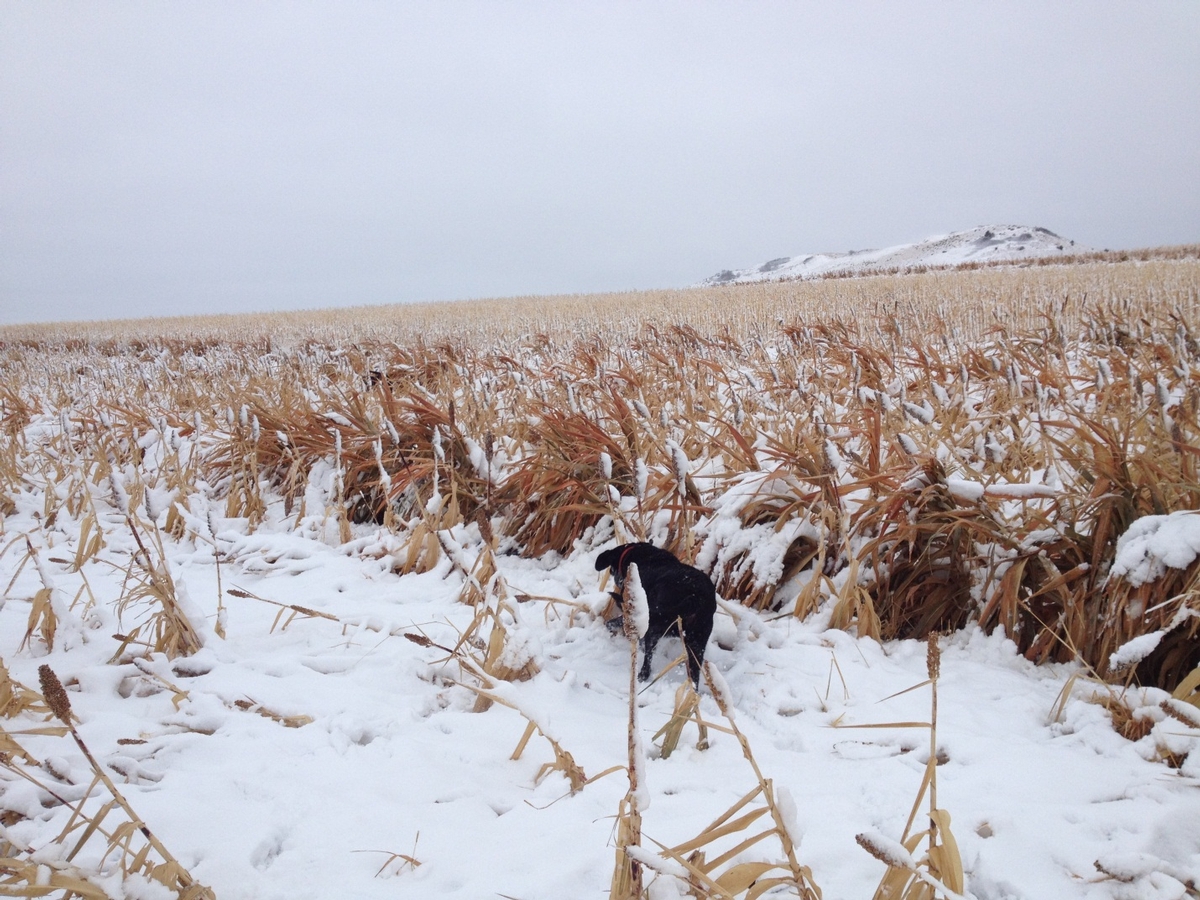 (Izzy busting through some food plot. What a difference a day makes!)

Because our entire operation is geared towards pheasants and habitat for them, we tend to have a plentiful amount of cover while the neighboring farmers have taken out most of the surrounding cover. As a result, when adverse weather strikes all of the pheasants all around our land come and take cover on our land which makes for a very action packed hunt. Needless to say it did not take us too long to bag our limit of roosters once again. These guys were a blast to hunt with and guide for. They were quite skeptical when I told them during breakfast that hunting in the snow would be better than the first two days, but it didn’t take long before they knew exactly what I was talking about! 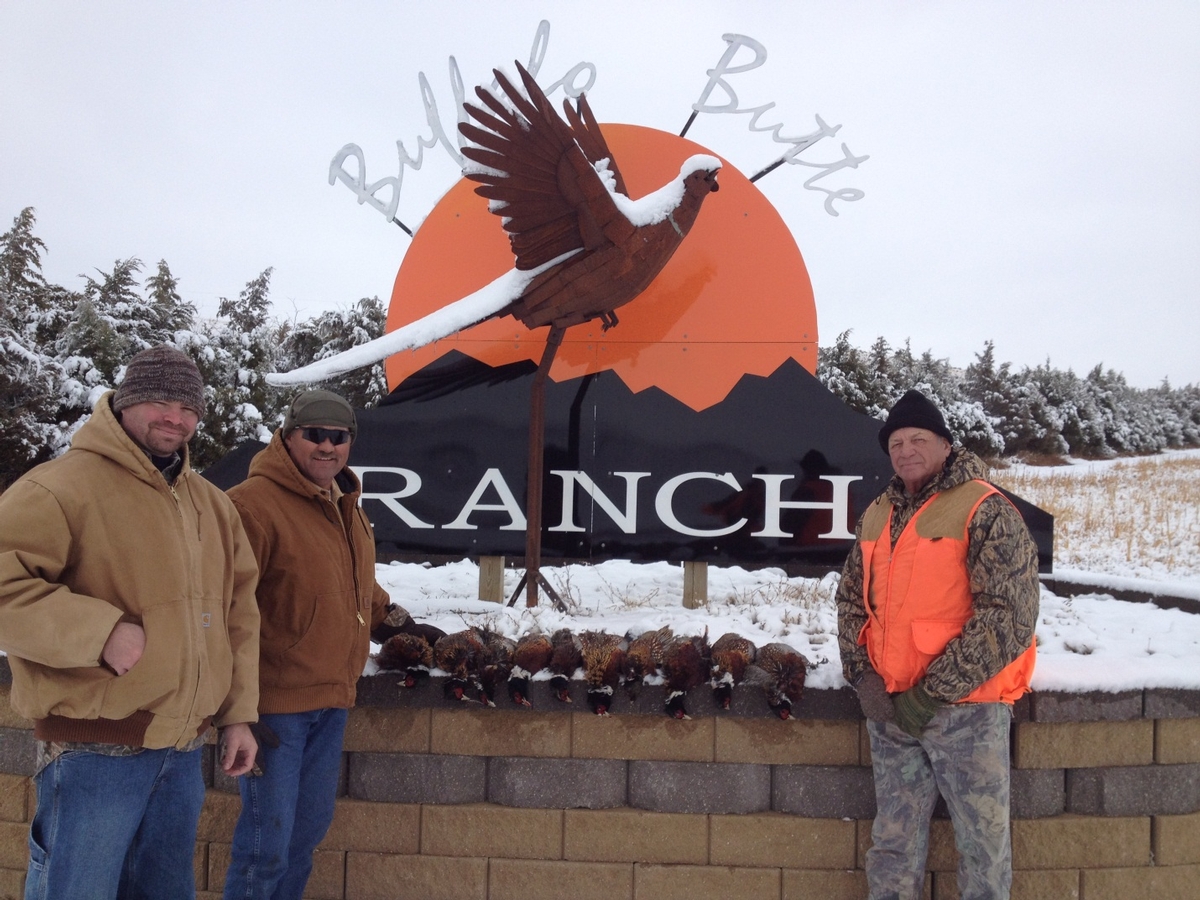 (Lonnie Jr, Yancy, and Lonnie after a great day of playing in the snow)