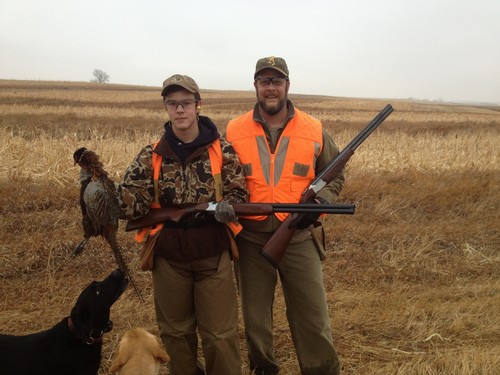 Hello everybody. It’s time once again to introduce some fresh faces to our website. This time around we had the opportunity to host a father/son hunting group who had never been out to our lodge before. Needless to say, I had tons of fun guiding these guys. This may have been Caden’s first time hunting wild South Dakota pheasants, but don’t let the inexperience lead you to think these guys had trouble making the birds hit the ground! On more than one occasion, they both pulled off some incredible long shots that would make the most seasoned bird hunter jealous.

(Proof that these boys can shoot!)

Joining Dave and his son Caden were some younger dogs that Dave had high hopes for. Lucy, who was a young lab and Roxy, a young springer, were ready for the challenge of the hunt as well. Whenever you take a young dog out to the field for the first time there are always going to be some nagging questions that can only be answered with a true wild bird hunt. Fortunately for Dave and Caden their dogs did incredibly well for how young they were. Now I typically would never recommend that somebody bring an untrained 7 month old dog out here because they can become very overwhelmed quickly and ruin what would have been a great hunting dog. But, we worked them into the program slow. We had a game plan to do a few short strips and if the dogs didn’t show ability or restraint that we would kennel them. From the get-go they were quartering very well and never once got out of range to ruin the hunt in any way. They passed the guides’ test! It was a real pleasure, both for me and the Hudaks, to watch these young dogs learn the ropes right in front of our eyes. They hunted right next to my trained dogs which might have aided the learning process a bit, but overall their true instincts were what was really showing through. 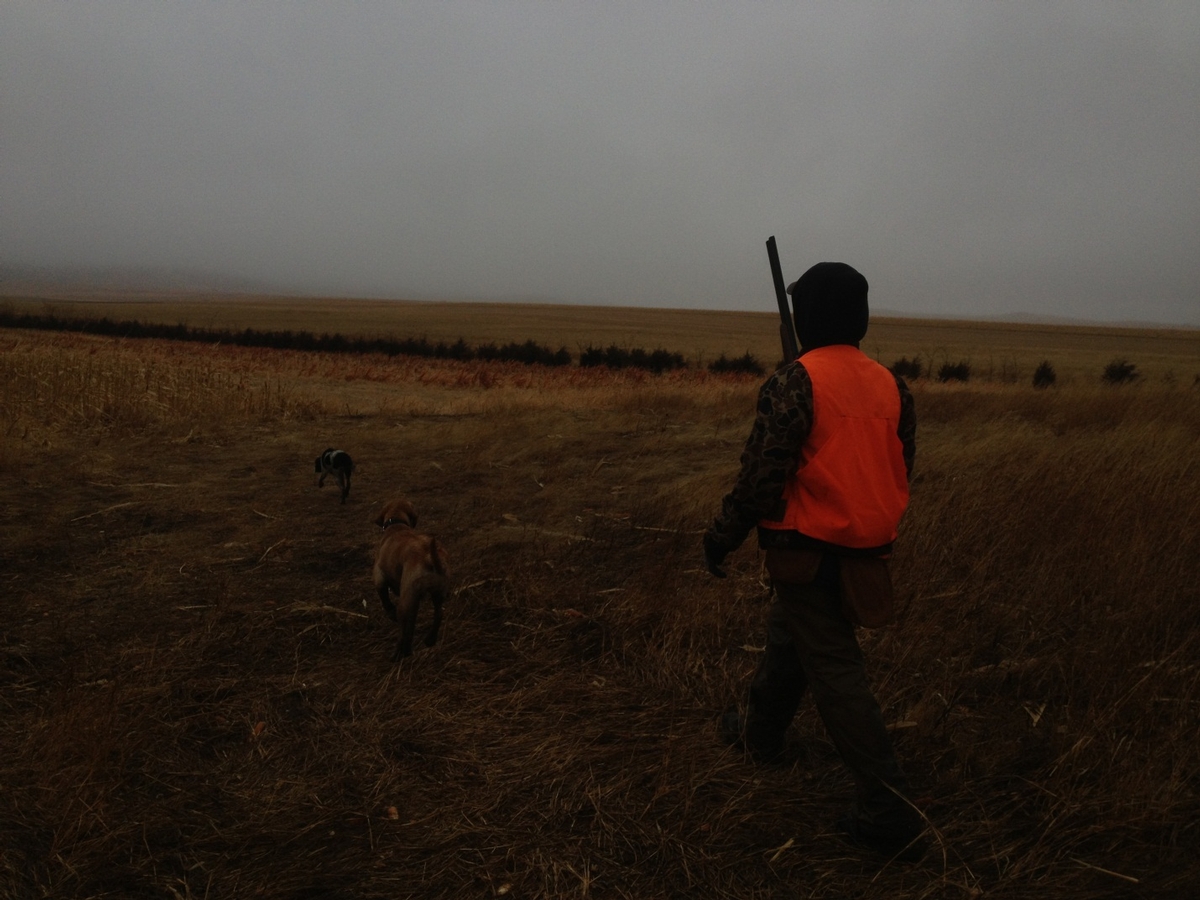 (Roxy and Lucy looking for their next victim)

The Hudaks joined us for two days of some really great pheasant hunting. The weather on both days was mostly cooperative. The end of the second day saw a cold front edging its way closer and closer. Lucky for us, we were done hunting before the weather got a chance to turn on us. Each day we started hunting at 10 in the morning and were limited out by early to mid afternoon. The biggest struggle we had was the fact that we weren’t able to utilize blockers. This was allowing birds to run out at the end of the field without us getting a crack at them. Lucky for us, here at Buffalo Butte Ranch, we have plenty of birds out in our hunting grounds that even though 75% of the birds got away we still had plenty to shoot at that got up at our feet. Both days they shot their entire limit and got a few into the guide’s limit as well. 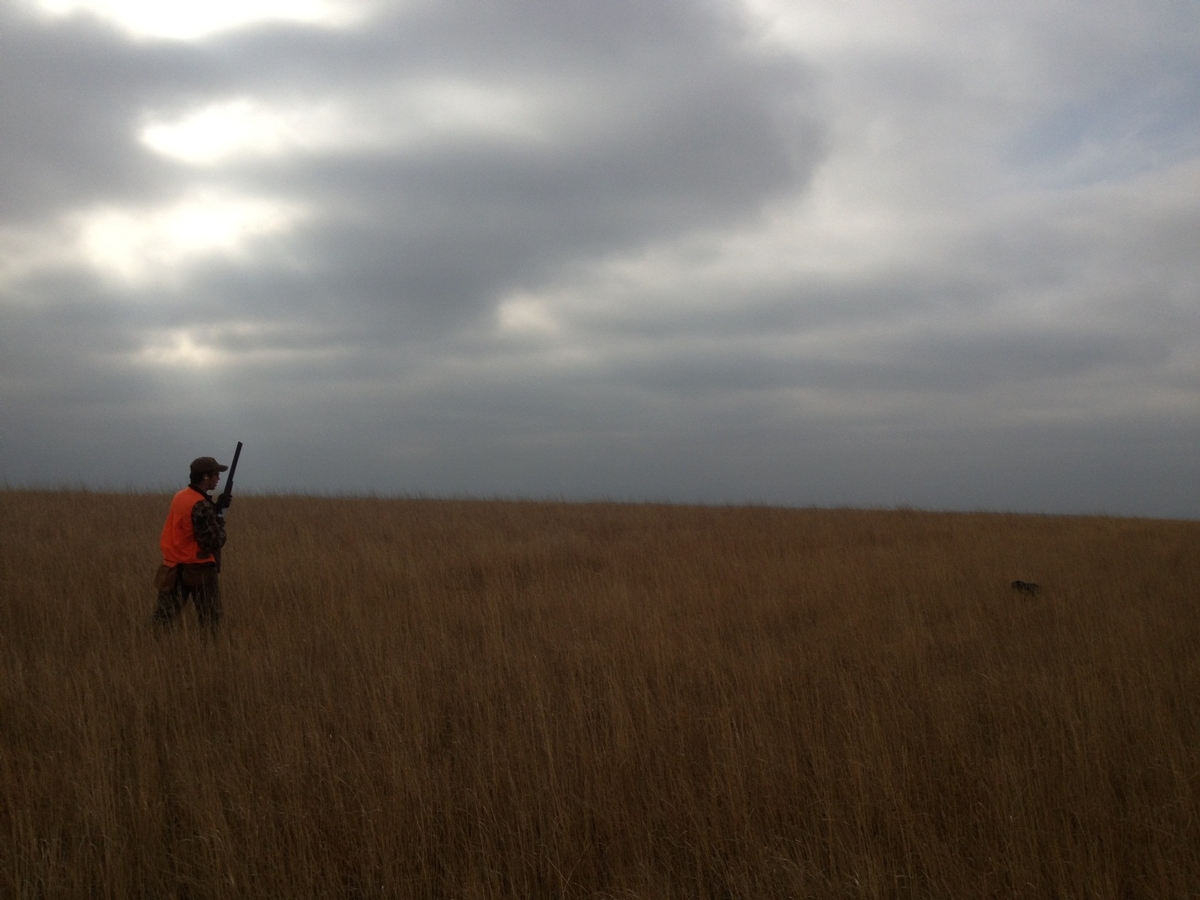 Each day we walked quite the assortment of cover. We definitely mixed it up as far as what each walk was going to be. It seemed that no matter what we walked, there were going to be plenty of birds. Albeit that sometimes in the thinner cover the birds tended to want to run out of the end on us, but that’s just hunting. These birds we are hunting have been hunted a few times already and are starting to get the hang of it and learning what must be done so they don’t get lead flung at them. But at the end of each day, after the last bird had fell, I could see two smiles from two incredibly satisfied clients. And I’m not talking about the dogs they brought! Dave and Caden have now officially tamed the wild pheasant here in South Dakota and had plenty of fun in the process! 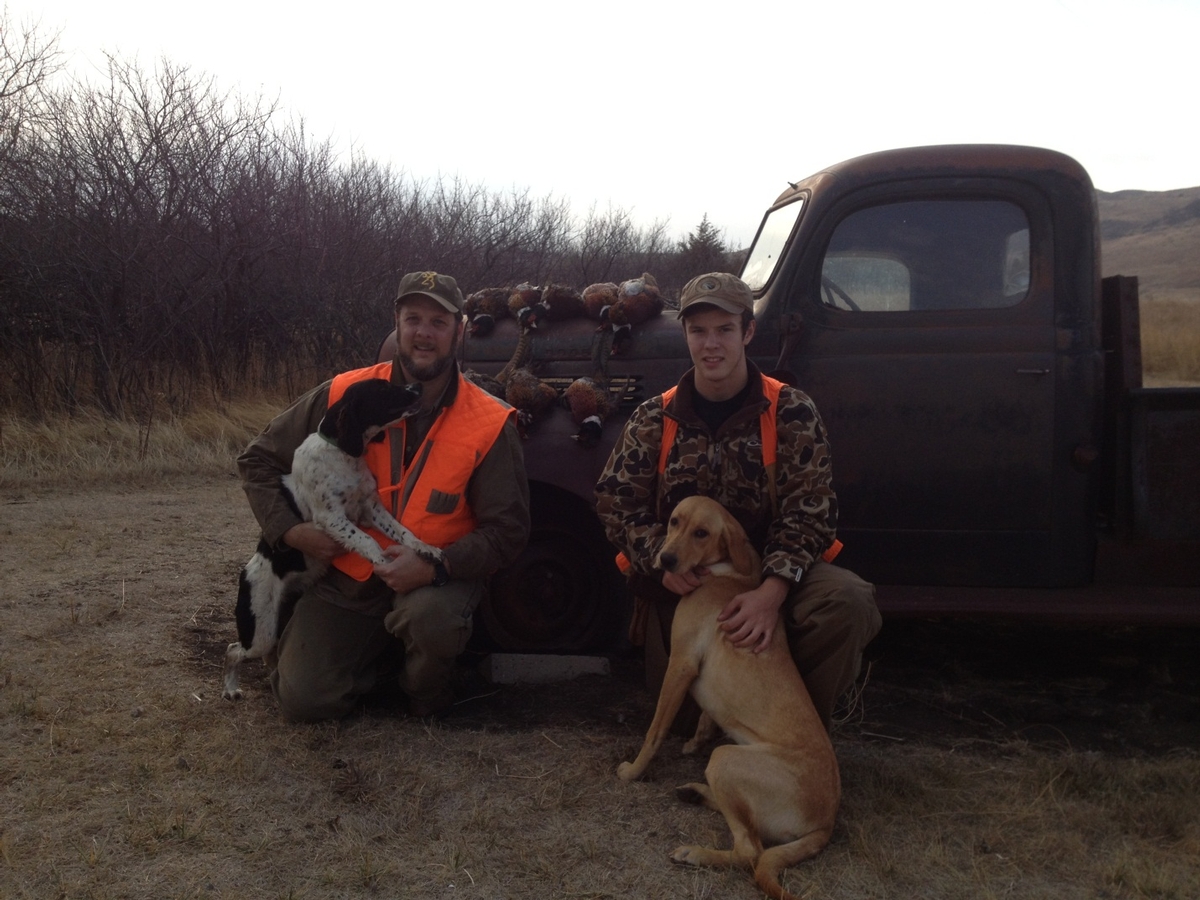